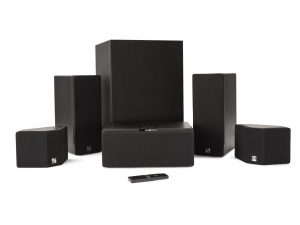 One of the biggest advantages of The Enclave Audio CineHome HD 5.1 is the fact that it is wireless. This helps to do away with all the problems you might have dealing with the wiring.

Coupled with other wonderful attributes of this home theater like its design, features, performance, and the price it is set at, it is one of the best home theaters you could wish to get. The only home theaters that can compete with The Enclave Audio CineHome HD 5.1 are the systems that fairly high priced.

Let us look at all the attributes of the Enclave Audio CineHome HD 5.1 Audio Home Theater System so that you get a detailed picture of what you can expect to get if you buy this home theater. 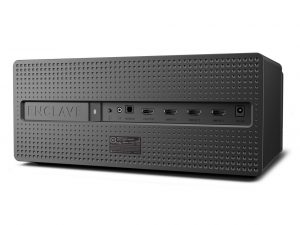 Setting up CineHome HD is fairly easy. All you have to do is plug the five speakers that make up the whole system into an outlet after which you have to connect your sources.  These sources can be a Blu-Ray player, television, your favorite games or any other source.

In case you are a someone who prefers to listen in Dolby Pro Logic II-processed surround, you won’t have to decode the menu options that are displayed on the screen. If not, you might have to dig in a bit deeper.

The video of Enclave Audio CineHome HD 5.1 Wireless Audio Home Theater System appears to be playing simultaneously whilst the button and sound are not. This might be because of the tricky lighting. Blue light indicates On while a brighter blue indicates Off.

Different lighting, perhaps a red for Off, would have made the whole thing a bit more discernible.

When I played Arctic Monkeys wonderful album called Favorite Worst Nightmare in CineHome, I had the most wonderful time listening to the great tracks in this special album. The drums on the track “Brainstorm” stood out. The percussions on the track 505 were also really discernible. I also chose to play their recent album Tranquility Base Hotel and Casino. The subtleties of the various instruments like guitar and piano sounded wonderful. I also played some acoustic versions of Adele including classics like Rolling in the Deep and Someone Like You. I haven’t heard her sound any better.

Additionally, I tried watching a movie to test it out. What better way to test out the system than watching a war movie? SoI tried an old classic ‘Troy’, where Brad Pitt played the lead role. The sound of the horses, the clanking of the metal shields in the battles also sounded fantastic. The soft conversation between Eric Bana and Brad Pitt (Hector vs Achilles) sounded epic.

All in all, the audio performance of Audio Enclave CineHome was amongst the best I have heard for a wireless system.

Enclave Audio CineHome HD 5.1 Wireless Audio Home Theater System comes in matte-black color. So it is pretty similar to a standard set of speakers for a home theater that you would find in the market.

As I have already stated before, the wireless feature is a life-saver as you won’t have to deal with the haggle of twisted wires.  Further, “Smart Center” speaker controls the whole system.

Each of the speakers plugs into a standard AC power outlet and communicates over the 5GHz band to the Smart Center. The top of the Smart Center features a small control panel (finished in piano black), and the remote control is also finished in gloss.

There are three HDMI inputs in Enclave Audio CineHome HD 5.1 Wireless Audio Home Theater System.  This means that it is capable of supporting a video streamer, a Blu-ray player, a set-top box or other sources.

One of the biggest limitations is that the whole system is limited to HDMI 1.4b and HDCP 1.4. So dealing with 4K resolution the CineHome works perfectly fine. But if you want to play it from a source that is protected by HDCP 2.2, you can’t do without a converter box. There’s also only one HDMI output.

The Center houses three HDMI inputs for your gear, and one output for your TV, as well as an optical port and 3.5mm stereo input.

While we thought the lack of HD sound processing was an oversight on the $5k Klipsch system, it’s a little more forgivable here.

A Bluetooth connection also swiftly works well in this home theater as you can control it with Enclave smartphone. This feature is quite similar to the features offered by Sony and Sonos.

Despite having a few streaming apps clogged together, it is a far cry from an authentic Wi-Fi.

Let us summarize all the features of Enclave Audio CineHome HD 5.1 Wireless Audio Home Theater System before I give you my final verdict.

Enclave Audio CineHome HD 5.1 Wireless Audio Home Theater System, despite areas of improvement, is one of the best performing wireless home theaters out there. Its sleek design and crispy sound, whether it be in lower or higher frequencies make it a top quality equipment for its range. A music lover and a movie watcher are bound to be impressed by the dynamic range of its performance.

Though this isn’t the best home theater when compared with some of the wired units, you’ll surely enjoy the simplicity and the stylish approach Enclave went with.

SoundWiz is a participant in several affiliate programs. We may get paid when you click on external links. Read more here. 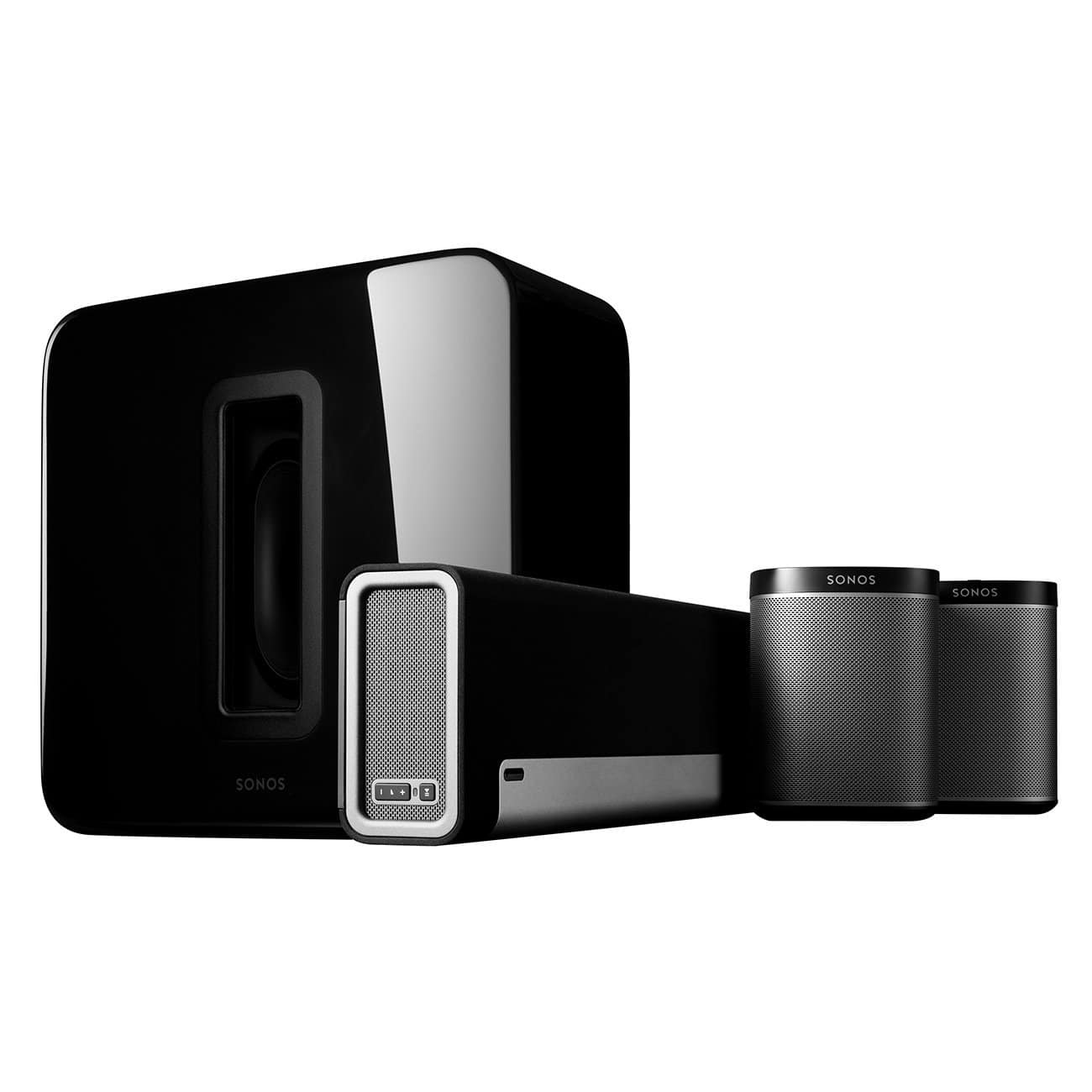